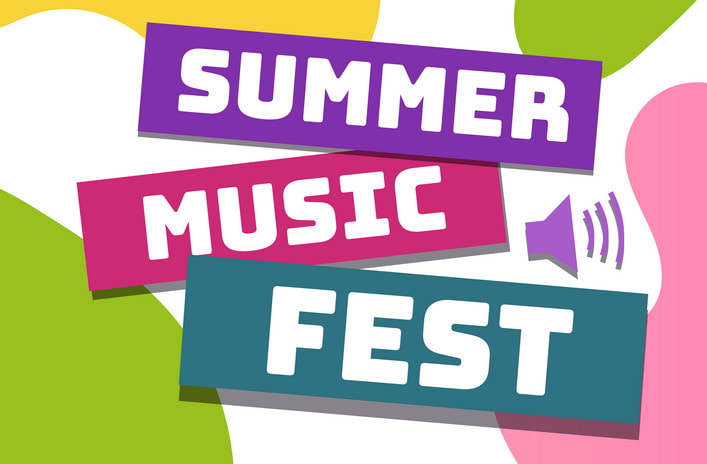 Programme
(grouped according to the person suggesting the item)

Traditional (before 1261)
arr Ian Assersohn
Sumer is icumen in

Music & Lyrics: Ray(mond Edward) Dorset (b1946)
In the Summertime

Time has not allowed us to include every submission as some were quite long in themselves. I hope to include at least one item from each of us, and I will tell you the name of the person - or persons - who made the suggestion.

We should probably begin with some evocation of sunrise. Kathie Oakley suggested this charming performance by the National Children's Orchestra of Great Britain. That's right "children". The important timpani part is handled well by a very confident player. And when you see the trumpet section you will be reminded that, yes, these are actually children, not 'youth', they are still children.

The result of putting childhood and sunrise together?  I think it is inspired. See what you think:
♫ ───────────────────────────────────
My surname apparently implies that my ancient ancestors owned a horse and kept it in a field which they also owned. You probably think that can only lead to one Trustee name, whereas in fact it describes both Peters, Horsfield and Steadman.

One is your host, the other brings us this ideal first vocal item in a concert of Summer-time music. Here is an Ian Assersohn arrangement of the mid 13th century 'round' Sumer is icumen in. It is sung by members of Leatherhead Choral Society in which the proposer sings bass.

I'll include the original text, and a modern translation. In the original Wessex dialect of Middle English, the letter þ is pronounced as a 'th' like in the word bloweþ - or bloweth.
♫ ───────────────────────────────────
Let us move forward four centuries to this dance by John Playford. An interesting fellow, Playford and his son Henry, are known principally as 17th century music publishers. However, John's most famous publication was his Dancing Master: The Compleat Guide - more generally referred to as The English Dancing Master. Henry revised it later.

It is to Playford that we owe the invention - and now custom - of joining quavers and semiquavers with a single bar rather than printing them one by one on a music score.

This dance is called Upon a Summer's Day, and as we had the text for Peter H's piece, I offer you many hours of summer fun with the dance steps themselves:
♫ ───────────────────────────────────
Here's comes another vocal item, some might call it a novelty item. Anyway, this is a popular tune with the barbershop movement both here and in the US.

I hope you will be at least as contented as Haburu (who, incidentally, has his own highly successful youtube channel):
♫ ───────────────────────────────────
Summer afternoons are not always idyllic, and even the reaper may have to stop work when one of those summer tempests of thunder and lightning ravages through.

Having reminded us that some are working in the summer, Liz Barnes here points to the changeable weather with Johann Strauss II and his Unter Donner und Blitz. I can't help feeling they are enjoying the appalling weather far too much here:
♫ ───────────────────────────────────
Let us bring the mood back to something more restful with this suggestion from Jane Forrester. Jane, and Richard Miller, proof-read all this text before it is released to public view. They have been doing that week in, week out, since the first series of lockdown concerts. They even spot dates that put the composer in the wrong century, or that suggest they died before being born (rarely happens in real life, only in my typing.)

Jane proposes the second movement of Beethoven's Pastoral Symphony, with its subtitle Scene by the brook. Towards the end is a cadenza for woodwind instruments that imitates bird calls. Beethoven helpfully identified the bird species in the score: nightingale (flute), quail (oboe), and cuckoo (two clarinets).
♫ ───────────────────────────────────
Do I hear a waltz? It must be Kathie Oakley's next choice, Tchaikovsky's Valse des Fleurs. It is played here by four young Korean guitarists:
♫ ───────────────────────────────────
Yes we have left the afternoon now and the evening closes in around us as we listen to another of Peter Horsfield's choices, Summer Evening, by Delius.

Enjoy the images with the music, the first few feature Grez-Sur-Loing, Delius' home in France which was much favoured by Impressionist painters like John Lavery. The first pictures shown are his, from the area around the iconic bridge, on what appears to be a lovely Summer Evening. Other artists include Monet, and John Goodhall who captures joy and refinement in rural Edwardian England.
♫ ───────────────────────────────────
And so we come to sunset. It is wonderful to be in one of Britain's old cities around sunset. The light that is cast on the ancient buildings brings new vistas and perspectives to a familiar scene, and perhaps without the daytime clamour of modern traffic.

This restful setting by Roger Quilter is sung by boy treble Andrew Swaite and countertenor James Bowman.
♫ ───────────────────────────────────
When proof-read this webpage, Lynda Chang spotted that we had all avoided one obvious choice. You were probably expecting to hear it too, but each of us assumed someone else would have chosen, Summertime, from Porgy and Bess. Here's an excellent recording by Ella Fitzgerald:
♫ ───────────────────────────────────
Still heading towards night, and sleep, here is the last of Kathie's choices, and one she seems to have fallen in love with, Grieg's Summer's Eve:
♫ ───────────────────────────────────
Our finale was in my mind as I came up with my suggestions. I thought perhaps it was too long so I did not put it on my shortlist. However, this was one of the two items David Gibbs suggested. I had it in mind as the breath-taking finale to today's selection so that is where I am placing it now.

This is the final exciting movement of Saint-Saëns' Organ Symphony, played in Auckland Town Hall, with organist Timothy Noon.
I have tried to shape the recordings into the parts of the day. I hope you feel that has been successful, and above all, I hope you have enjoyed our choices.

We return LIVE, at Leatherhead Methodist Church, socially distanced, hands disinfected, and whatever else the Government think up for us, at 12.30 lunchtime on Thursday, 22nd July 2021.

Doors open at 12.10. Strictly first come, first seated. Please be prepared to be turned away. Sorry, but safe seating will be pretty limited.